The need for better, more reliable video surveillance can be seen as a global issue. Rising crime rates are stretching police and government resources thinly, leaving many areas vulnerable. One of the most frequently encountered issues is the need for real-time, robust and reliable video data and CCTV surveillance in remote areas. Areas with high levels of crime need to be able to quickly dispatch the relevant units to deal with various situations.  This was a problem that was facing the local authorities based in the Southern part of Columbia in what is known as the ‘jungle zone’.

IKUSI, part of the Velatia Group based Mexico is a multinational company that specialises in telecommunications, network systems integration and service system integration solutions, had been asked by the local authorities within the region to provide a CCTV backhaul solution for deploying CCTV regionally.  With global branches in Spain, Germany USA, France, Mexico, Chile and Columbia, the company serves more than 800 high profile customers in over 80 countries and was best placed to help achieve this.

The local authorities already had a CCTV system in place with cameras connected to several aggregation nodes.  A backhaul solution had been deployed by another vendor to connect the nodes to the central site that the CCTV site was currently monitored from.  Due to its slow speeds it was failing the departments who relied on its stability the most, as well as its inability to handle broadcast storms and high latency and video problems.  Ultimately, it had also began costing IKUSI thousands of dollars weekly in maintenance costs, as the aggregation node locations were on average about 5-6 hours’ drive away from the main recording and monitoring headquarters. The precarious terrain did not allow easy access for maintenance crews and essentially delayed the optimal functioning of the CCTV video network. The location of the aggregation nodes in the jungle also hindered the network, as it was not able to function in the high humidity levels and microclimate which sees on average, around 12 inch rainfall annually.

They needed a robust CCTV backhaul solution that could cover over 50 kilometers and transmit the CCTV video stream at 50 Mbps, as well as overcome all of the problems currently experience in terms of bandwidth, latency, environment, maintenance costs and was scalable.  In an effort to find the most cost effective solution and network structure, many other competitor brands were tested and evaluated. However, the InfiNet Wirelessbrand succeeded in solving above and beyond what was required and the InfiLINK 2x2 LITE product was installed with an external antenna and a license for 50 Mbps of bandwidth.

The InfiNet Wireless solution is fully IP66 and IP67 certified meaning that the radios had been tested to withstand water, high humidity levels, as well as being dust proof, even in the harshest conditions. The system was also able to minimise the costs involved in repairing and maintaining the system and its components. Costs were initially in excess of $1500 dollars, but the 15-year Mean Time between Failures (MTBF) guarantee on InfiNet products, has meant that this has been removed and the IKUSI maintenance costs are now more manageable and in some cases are non-existent.

Another challenge that was directly solved was the control of the fluctuating signal strength and speed. Because resources were being shared with both government and police units in the area, the current broadband backhaul would experience high spikes in usage, sometimes up to 20 Mbps in a 50 Mbps set-up. This caused significant lag for other network users that needed access to video data or databases. Better control of the output signal has been maintained with the InfiLINK 2x2 LITE which allows for advanced support at level 2, level 3 and level 4 traffic sources.

The solution was jointly installed by Royal Telecom, a long standing partner in the telecommunications industry of InfiNet Wireless equipment for South American customers. The full installation of the network backhaul was achieved in less than 3 days and operation commenced shortly after this. Once the backhaul was successfully switched on, the customer saw that the wireless broadband capabilities outperformed traditional fibre optics in terms of performance, costs and time saving.

The system is now also scalable, as IKUSI only initially required the solution to cover distances of 50 kilometers with a bandwidth of 50 Mbps, but the current InfiNet solution can actually transmit at a bandwidth of 180 Mbps. In the first instance the IKUSI only needed to buy a license for a lower bandwidth and can ultimately upgrade if required at any time to transmit at a higher bandwidth, without having to change any of the hardware or requiring a maintenance team to go out into the field.

“The InfiNet Wireless solutions that were implemented in this project allowed us to fix the backhauling issues faced by the local authorities within this region of Southern Columbia.  We were not only able to execute this project in a very short space of time, but also provide our customer with a robust and stable system.  As the solution had a mean time between failures guarantee of 15 years, IKUSI has also seen a cost saving in terms of resources and the money that we were spending on travelling to remote areas to correct maintencance issues” - Ramon Montes - IKUSI Colombia Manager. 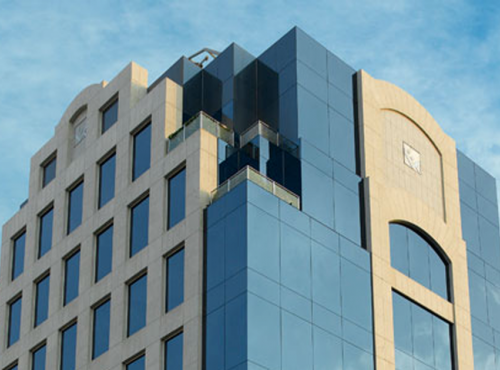 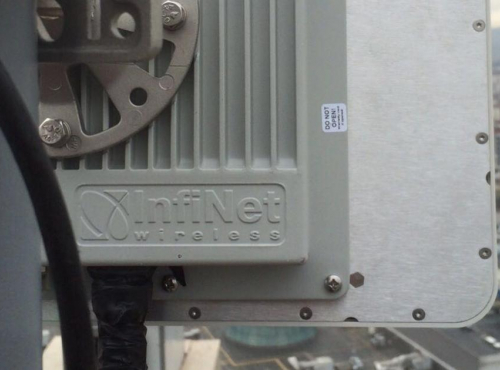