Banbury is the principal regional town of North Oxfordshire, U.K., lying 100km north-west of London and 60km south-west of Birmingham. An historic town founded in the 5th Century, its location lies on the intersection of two major historic trading routes and on the River Cherwell, and it has been a significant commercial centre and focus for its rural communities for centuries. With a population close to 50,000 inhabitants, the opening of the M40 motorway between London and the North of England in 1990 has now made Banbury an accessible and desirable town in which to live, and although its principal business focus is based around the rural economies, nevertheless Banbury is also known for industries such as the production of car components (including being the base for some notable Formula One motor racing teams), electrical goods, plastics, food processing, printing and tourism.

The town and surrounding areas come under the local government jurisdiction of Cherwell District Council, who – in partnership with Thames Valley Police- had previous commissioned an urban-area CCTV project to improve the security of residents and businesses across the town. In addition to being used for the prevention of crime and anti-social behaviour through the town centre, the video monitoring system is also used for traffic management across the town, as well as for monitoring and supporting the town’s public address system and help points and for providing assistance and direction in the event of emergencies. Cherwell District Council’s original urban CCTV network was based on an analogue transmission solution, which involved renting leased lines and optical fibres from various telecommunications operators to form the backbone of the video transmission network for the 31 current camera sites – a good solution for the time it was installed, but over the years has become too expensive to maintain and too lacking in flexibility when it comes to adding new camera sites or relocating existing cameras across the town centre.

After a thorough review of the council’s budgets and expenditure, and following a series of cost-saving measures imposed on the council by the U.K. central government, the decision was made to upgrade the existing network infrastructure in order to reduce the ongoing cost of maintaining the network, to minimise the leased line costs and to introduce a level of flexibility to camera site location around the area – including allowing for the provision of temporary camera facilities for special local events and interim traffic measures. The obvious answer to providing a cost-effective, flexible and scalable solution would be to utilise a camera infrastructure based on Broadband Wireless technology – the ultimate in flexibility when it comes to deployment and reducing leased line rental costs.

InfiNet Wireless teamed up with its strategic partner, UK Broadband (UKB), who also enlisted the assistance of CDS Systems - one of Europe’s largest independent providers of integrated security systems - to submit a joint proposal for this project based around InfiNet Wireless’s InfiLink 2x2 R5000-Mmc broadband wireless solutions. InfiNet Wireless and its UK partners worked very closely with the local council team during the design and implementation phases of the wireless CCTV solution, and by drawing on its extensive international experience in deploying similar wireless solutions adapted specifically to video-surveillance, InfiNet Wireless was able to provide the council with a wireless-based solution that not only replaced its fixed-line infrastructure to existing camera sites, but also increased the level of performance and availability of the system overall. The broadband wireless network allows new and additional camera locations to be deployed directly onto the new wireless infrastructure without the need for further reconfiguration or upgrade of the network, and at locations of the council’s choosing - saving costs not only from leased line rental savings, but also in the physical deployment of the cameras by the council – for example, roads and pavements no longer need to be dug up to provision cables for the cameras. This reduces not only deployment costs, but also the level of inconvenience to the residents and businesses in the town.

Designed specifically for outdoor use in extreme environments, InfiNet Wireless’s InfiLink 2x2 solutions are capable of delivering throughputs of up to 280Mbps – the highest in the industry for broadband wireless -  and are extremely robust and flexible, meeting the requirements of the most demanding and challenging CCTV deployments. UKB could also pre-configure InfiNet Wireless’s radio units prior to sending them to CDS Systems - who installed and integrated them with the cameras in the field – minimising the time needed for on-site deployment and configuration, and allowing them to quickly link up all of the remote camera locations with the central monitoring station.

Cherwell District Council now has a state-of-the-art, fully functional and extremely reliable broadband wireless solution that has removed the need for expensive cables, thus saving significant costs on leased lines rental as well as providing them with the flexibility to add additional CCTV cameras in the future with minimal additional cost. Adrian Wheeler, Head of Sales at UK Broadband, commented on the project:  “InfiNet Wireless’s products have enabled us to deliver a reliable solution of the highest standard to our customer, offering them significant cost-savings and flexibility in the management of their CCTV network whilst still being able to utilise the existing investment they had made in their camera sites and infrastructure. We have provided Cherwell District Council a wireless solution that is future-proof, secure, flexible and cost effective.” 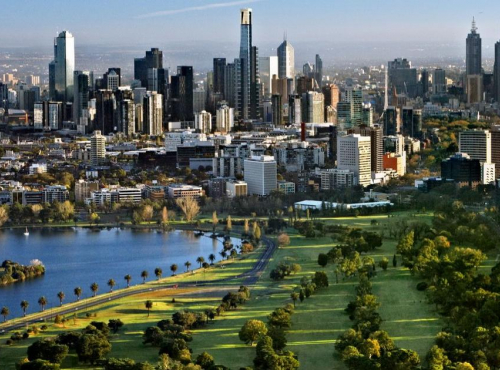 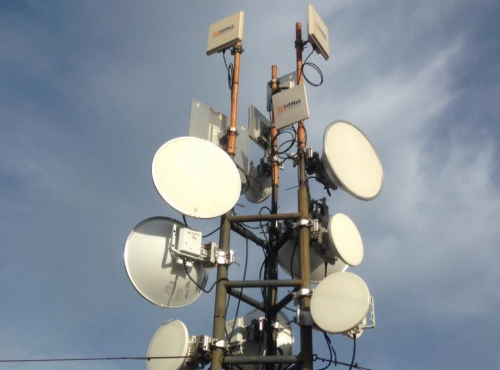