Administracion Portuaria Integral (API) de Guaymas is the port authority of Guaymas, a city located in north-western Mexico. The port exports and imports a wide range of products such as petroleum, chemicals and agricultural bulk to and from Europe, Asia, Africa and the Americas.

Its current perimeter access system was divided into three monitoring groups: access throughout customs, precautionary attachment by customers and the safety of API Guaymas.

In recent years, the system had been severely affected by environmental factors such as hurricanes and corrosion due to the presence of sea salt in the air. In addition to this, the chemical substances which were transiting through the port were often handled in open areas and were ultimately affecting all types of equipment installed in their vicinity, especially high-tech products not necessarily developed to operate in such corrosive conditions. API’s video-surveillance system was constantly malfunc tioning due to an unstable electrical power source, with cameras connected by standard UTP cabling and limiting their range to a maximum of 100m only. This legacy system was not adequate enough to monitor the entire port area and needed a major overhaul to cover all critical installations. Since a strong and reliable CCTV infrastructure is critical for the management of any busy port, a robust system was needed to allow API to constantly monitor the perimeter areas and avoid theft of materials and potential drug trafficking, while at the same time ensuring the safety and well-being of all employees of the port authority. 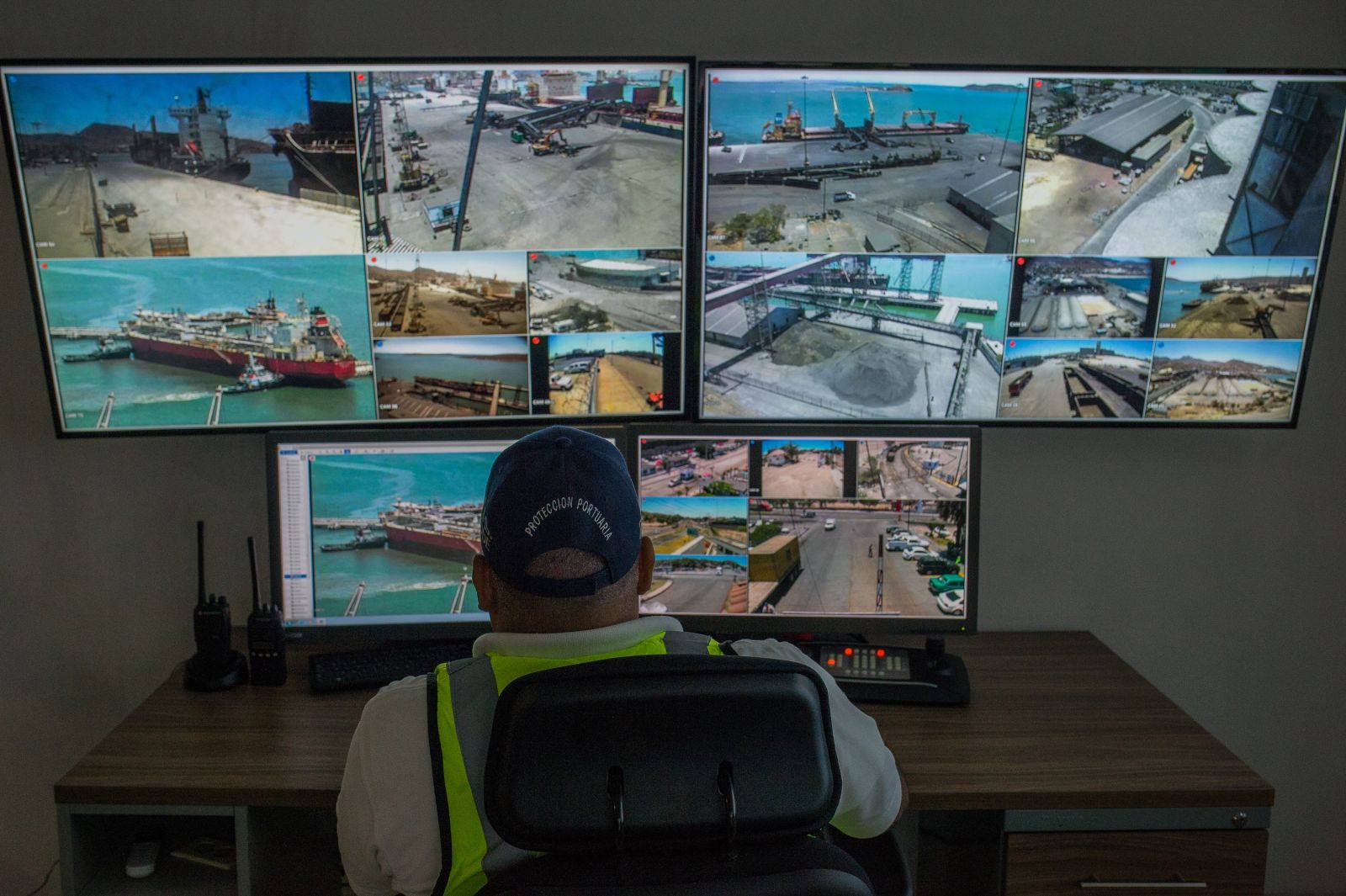 API Guaymas recognised that it needed a security solution with a much wider coverage area, especially for backhauling live video streams from cameras located further from the control centre. Such a solution would also need to support high definition pictures and videos, as well as have access to a reliable power supply for the cameras and their associated wireless connections.

After originally considering a fibre optic solution, API Guaymas eventually settled on a wireless solution as it was deemed the most cost-effective solution, operating reliably even in adverse weather conditions. To provide this solution, API Guaymas approached Global VoIP de Mexico, an InfiNet Wireless partner that provides comprehensive telecommunications solutions in all parts of the country.

Global VoIP worked closely with InfiNet to design and deploy a state-of-the-art complete solution, meeting and exceeding all of the requirements of the port authority and ensuring that the whole project was nothing but a successful reference for all ports in the country and the region. InfiNet Wireless provided its carrier-grade InfiMAN 2×2 Point-to-Multipoint (PtMP) solution with a number of high-capacity base station sectors feeding data and video streams to a central control room. The InfiMAN 2×2 is a field-proven family of wireless solutions designed for various applications, and has been used in all types of environments, from remote mining locations in Russia to the Olympic sailing security network in Dorset, UK. 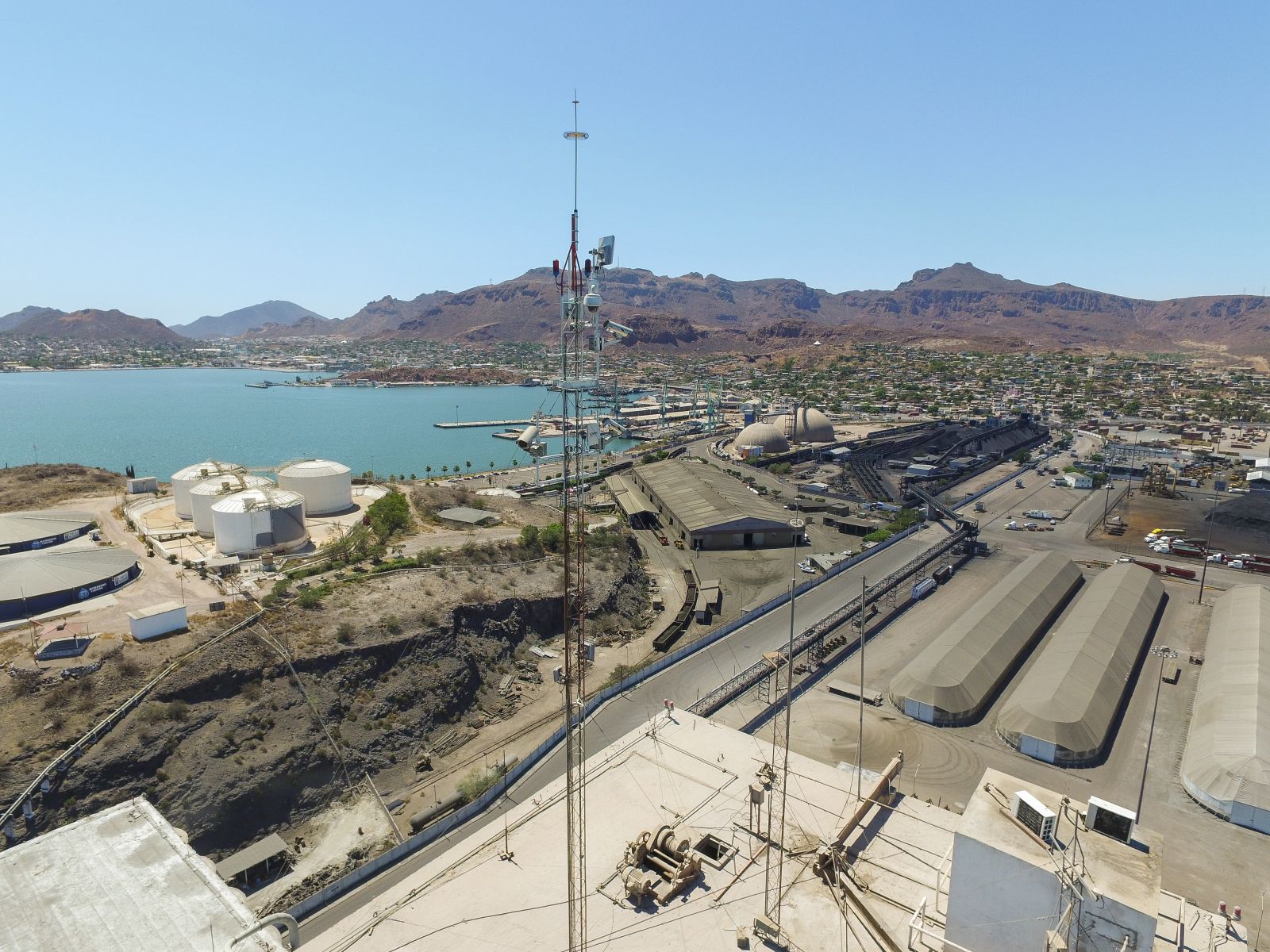 API Guaymas’ new, robust monitoring system supported by new video, communication and storage technology has helped significantly improve the port security, and that of surrounding areas. The selected solution can now provide full port security, resulting in a significant impact on the control of goods coming in and out of the country.

“It is extremely important that the operations team of the port is able to remotely and dynamically monitor all activities in and around the port area, to keep people safe and to prevent crime and trafficking of all types. Global VoIP and InfiNet’s local support has allowed our security staff to have a wider visibility around the port and enabled them to pre-empt criminal activities and even to apprehend potential criminals much quicker than ever before,” said Axel Humberto Perez Flores at API Guaymas.